One of the things I was most looking forward to about Spain was seeing what it would be like to have Christmas in Europe. And one of the unique facets of a Spanish Christmas is the importance placed on the Belén.

A Belén is a nativity scene, generally consisting of Mary, Joseph, and Jesus at the very minimum, but usually accompanied by shepherds, Wise Men, and a whole lot of other people and animals. 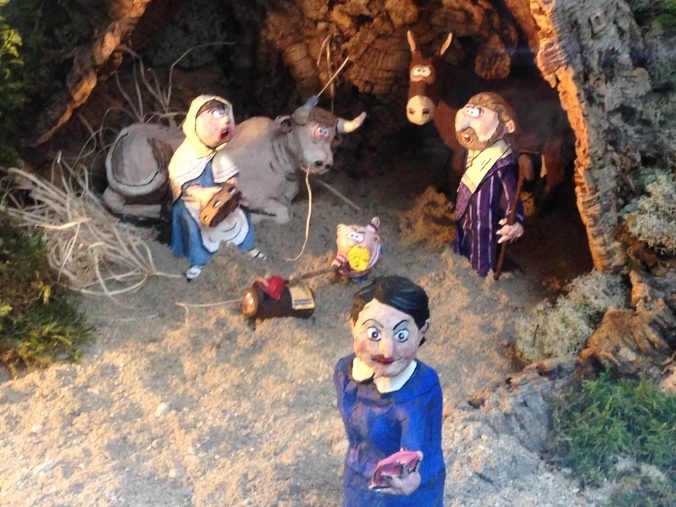 There seems to be an unwritten rule that one must do their best to make their Belén as fabulous as possible. For instance, the Plaza Major in Madrid was filled with stalls selling all manner of Belén necessities (think moss, bark, sculptures, small barns), whilst my school had its annual Belén making activity. 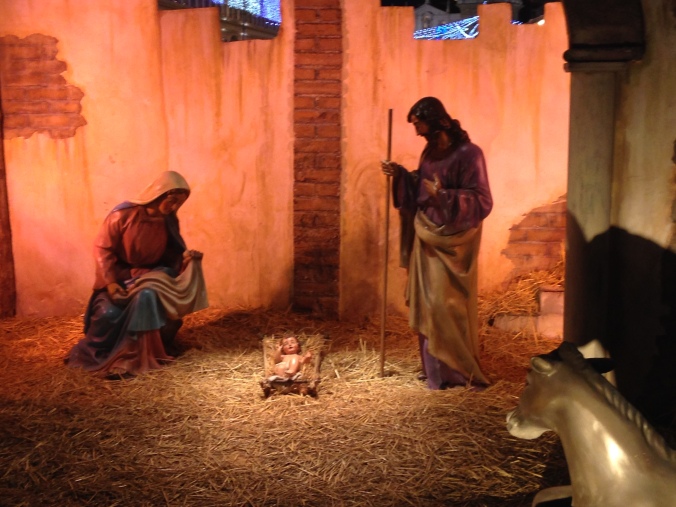 To say it was competitive is the understatement of the year.

On the first day of December, each grade was told which part of the Belén was their responsibility. Year 6, being their final year, were told to make the three “main players” (Mary, Joseph and Jesus), whilst Year 5 were allocated the shepherds and Wise Men. I’m not too sure who decided that Year 4 would make windmills and bridges (were windmills even around 2000 years ago?), although I’m guessing that it was getting a bit difficult to think of different things that the kids could make by this stage!

The children were then put in teams, and told to make their Belén things after school and on the weekend. Two weeks later, they brought them in. I was amazed at how much effort had gone into it. A lot of the kids (and parents, I’m guessing) had clearly spent ages making sure their cows looked just right and that the cloth on the Wise Men’s camels was precisely the right shade of blue (I’m serious). 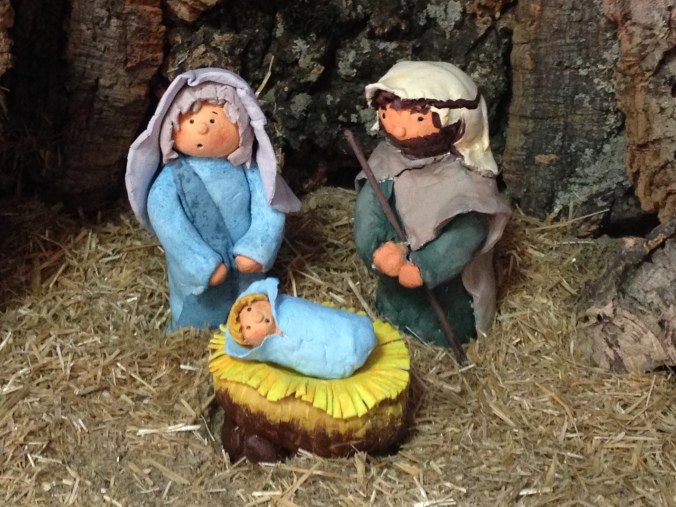 During the last week of school, the entire entrance foyer was turned into “Belén-land.” The Head Teacher (whose job seems to consist mainly of arranging festive decorations and parties) assembled a big collection of tables, covered them in sand (bags not cleaning up after…) and then the class tutors chose the best creations for the Belén. 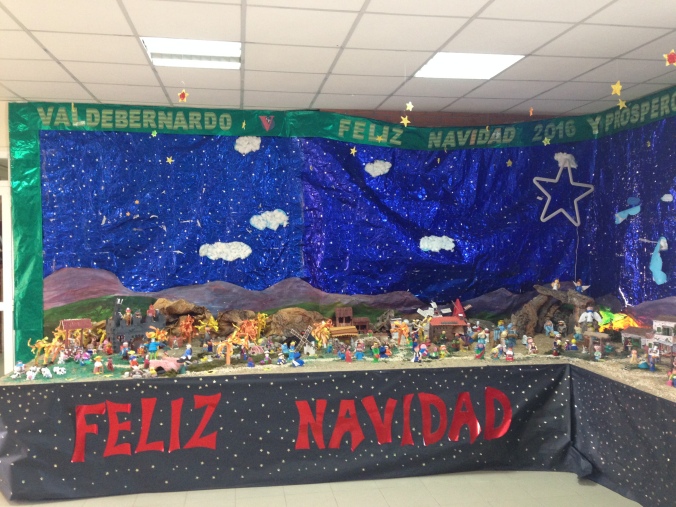 Whilst it looked great, I did feel a bit sorry for the kids whose figures were deemed “superfluous to requirements”. These offerings, which included a beautiful pink Barbie house (very nice, but anachronistic), some tables whose legs had broken off, and a couple of very creepy looking scarecrows (which may have been recycled from Halloween, I’m beginning to think) were banished to the library, where their indignant creators complained bitterly to each other that their work had been snubbed.

But I’ve got to admit, my favourite Belén figurine was the one below. I’m not too sure if a student, teacher, or parent made him, but I congratulate them for their sense of humour.