I´m not sure whether I should or shouldn’t be writing this post, but it’s something I’ve been thinking about all day, so I want to share it. Obviously, identifying details have been changed.

When I started helping at the primary school, I was made aware that some of the children have what could euphemistically be described as “problems at home.” Being incredibly naïve, I wasn’t entirely sure what this meant, but assumed that it wouldn’t be anything too out of the ordinary. 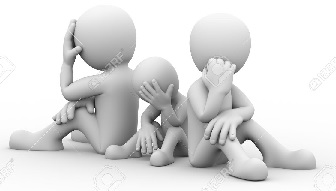 How wrong I was.

A couple of months ago, one of the boys in the higher grade classes, let’s call him José Luis, started giving me hugs and holding onto me when I entered the classroom. There was nothing untoward in the hugging- it was the sort of hug you’d give a friend who you hadn’t seen in years- but I thought this was a bit unusual for a 12 year old boy.

Still, I didn’t say anything.

When school returned from the break, something had changed with José Luis. Normally, he would be smiling and fooling around in class, but he wasn’t anymore. When the class went on an excursion, he didn’t go, because he didn’t have the permission slip signed. He continued the hugging, but it was more desperate. I noticed that he was really grabbing onto me, and I had to pry him off my legs. 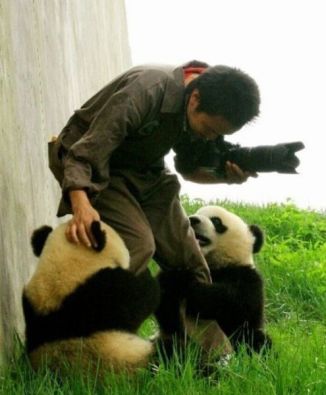 It was like this. Except with a child, not a panda. And only on one leg. And I didn’t have a camera. Actually, it wasn’t a lot like this at all, but the picture is cute 🙂

Last Thursday, José Luis was absent from school. Yesterday, he was vomiting, and had to go home sick. Today, he was absent again. So I asked his classroom teacher whether he was OK.

“No, not really,” she explained. “He’s got problems at home. His dad left when he was a baby, so he’s been living with his mum. But now she’s left, too. So he’s with his grandparents. And they can’t deal with it. So he’s missing lots of school.”

But I felt really sad. José Luis is a pretty good kid. Sure, he doesn’t always pay attention. And yes, he could try harder and study more. But he is friendly and he’s kind and he (usually) listens, which is more than many of the other students. I guess he may be totally different at home, and put his relatives through hell. That’s a possibility. But from what I’ve seen over the past 4 months, that doesn’t seem particularly likely.

I just stood there, trying to think what to say, when the teacher continued…

“You know, that’s why he always wants to hug you. I’ve seen him doing it. He’s looking for someone who can be like a mum to him. He thinks that’s you.”

I didn’t know how to respond, so I made some banal comment about it being nice to be chosen, and that I hope José Luis is feeling better tomorrow.

But I have NO IDEA what to do now.

I feel incredibly sorry for José Luis. However, I don’t want to be his surrogate mother. I don’t know the first thing about being a mum, and I was employed to teach English. That’s all that I’m equipped to do, and even that is difficult sometimes. Both the school counsellor and the classroom teacher are aware of the situation, and are helping.

And yet… I don’t know…but it doesn’t seem to be enough. Now I know what’s happening, it’s hard to forget it and pretend I don’t know.