On Sunday, I had a bizarre experience which I am still trying to fully comprehend in my mind…

On Saturday morning, I had received a text from my friend, Luisa, who I often accompany to “cultural events”, such as plays, art showings, or obscure foreign films. The text asked if I was free on Sunday morning, because she was planning to go to a performance of “theatre for babies” at a studio near my apartment. 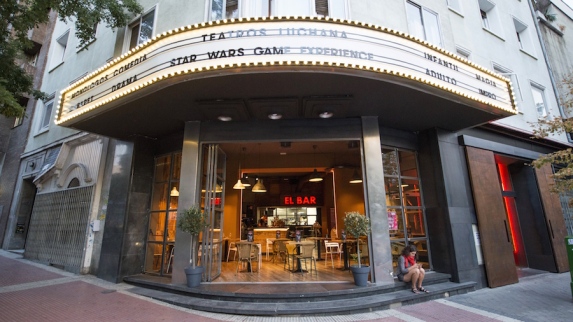 I thought this was a bit of a weird request. OK, so my Spanish is bad, but it’s not at baby level. Or so I thought. But I didn’t have anything else to do, so although I was a bit offended, I agreed to go. 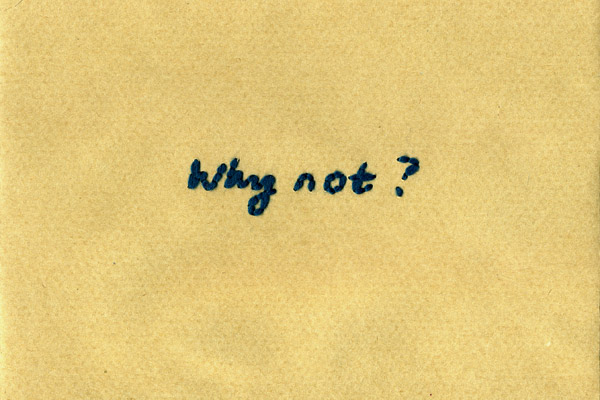 At 10:45 a.m., I found myself outside Teatros Luchana, waiting for Luisa. 10:50 a.m., and there was no sign off her. 10:55 a.m., and I was getting worried. I tried to call her, but her phone rang out, so I figured that she must have forgotten about our arrangement.

I was annoyed, but since I was ready and raring to go, so to speak, I decided to go to the theatre for babies by myself.

When they said “theatre for babies”, they REALLY meant babies. As in, under 2 years old. So the entire theatre was packed with babies, and their harried parents, with me sitting there like the proverbial shag on the rock.

The performance, which was named “Meylín’s garden” or similar, featured a woman in a bug/spider/beetle/caterpillar costume wandering around her beautiful garden, and pointing out all the lovely flowers and animals. 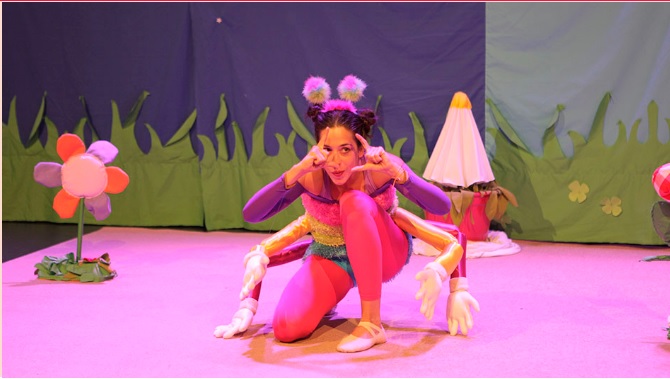 Given that the average attention span of the audience was about 5 seconds, Meylín spent much of the time trying to encourage us to participate. This involved yelling out our names, saying hello to her friend the snail, and, at the very finale, waving our arms and legs in the air. Here’s a sample…

I would have found this incredibly awkward even if I’d had some children with me, but to be sitting there, by myself, and screaming out “Hola, Señor Caricol!” (Hello, Mr Snail!) as Meylín waved a rather unconvincing puppet snail around, was ABSOLUTELY EXCRUCIATING.

And to make the whole sorry spectacle even worse, I couldn’t even understand all the Spanish. My language level is BELOW that of a baby. 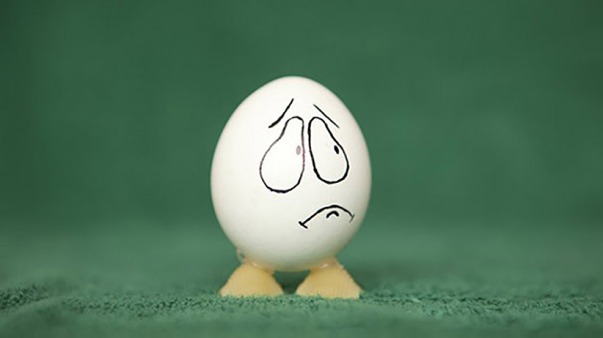 After enduring 45 minutes of this torture, I escaped the theatre, to find Luisa waiting outside. Her train was late, so she had arrived 10 minutes after the show commenced, and hadn’t received my call because she’d been underground. “But the cashier said your Spanish was very good when you bought the ticket!” she tried to comfort me, as I snappily related the sorry saga of theatre for babies.

To make the whole thing even more farcical, it turned out that the reason Luisa had suggested the trip was because her friend’s daughter plays Meylín, and she had decided to surprise her by turning up to a show, unannounced. But when she rang her friend, it was revealed that the daughter only performs during the week, and that Weekend Meylín was a total stranger!

All I can say is, next time Luisa suggests theatre for babies, I think I may be very, very busy…

2 thoughts on “Theatre for babies”