Today was Wednesday, and, in keeping with my little ritual which I started last week, I decided that I should do something cultural and enlightening.

A while ago, I signed up for a mailing list at an art gallery near me, and on Monday, I received an email, inviting me to an exhibition opening tonight.

To be honest, art gallery exhibition openings are NOT really my thing. For a start, the paintings are always so incredibly expensive that I feel faint just looking at the prices. Secondly, such events seem to attract a particular crowd, who like to “see and be seen,” so to speak. They are not so much interested in the art as being seen to be “culturally knowledgeable.” And I’m not a fan of that kind of person.

But the picture on the email was impressive, I wasn’t familiar with the artist, and I wasn’t doing anything else, so I figured I’d check it out.

Anyway, off I went to the gallery. The paintings were really interesting, in a cubist style, and if I’d had a spare 2000 Euros, then I certainly would have bought one. But, well, times being what they are…

Predictably, I was the only person there by myself, so I ended up standing awkwardly in a corner, feigning absolute fascination with the pictures. I was looking at a still life when a very elderly man appeared beside me. He must have been at least 90 years old.

“What do you think?” he asked me, gesturing at the pictures. “You like them?”

“Yes, I do,” I replied honestly. “The style is different. Sort of cubist. A bit like Picasso, but not.”

“Definitely not Picasso! Picasso is in another league,” he laughed. We spent a few minutes talking about Picasso, and then he said: “And what do you think of this?” He waved dismissively at the assembled crowd. “It’s a bit too much, isn’t it? I don’t like this sort of thing.”

“That’s true, but I’d rather be at home,” he said, grimacing.

“Fair enough. It’s not for everyone.” I paused.”I don’t meant to be rude, but why are you here, then?”

“Well, I don’t have much choice,” he smiled.

“We all have a choice. Well, it seems that we do,” I said, hoping that I wasn’t about to get into a free will versus determinism debate in Spanish. It’s bad enough in English! But, thankfully not….

“I agree. We are free. But I’m, well, I mean, I painted these things,” he said, looking a bit embarrassed.

“You’re the ARTIST?!” I exclaimed in horror, thanking my lucky stars that I’d been positive about his work, and wishing that the ground would swallow me up.

“Some people might say that. I guess,” he said. “But I just like to sit and paint, and that’s it. I have my own style. If other people like it, great, but if they don’t, I still enjoy myself. I’m not here for a career. Painting is my hobby. It’s fun for me, and that’s all. I don’t want anything else.”

At this point, the gallery owner came over, and, clearly worried that the artist may be being a bit TOO honest, suggested that he go and meet a “loyal admirer” of his work. The artist raised his eyebrows at me, and, bidding me farewell, thanked me for taking the time to visit the show.

I left shortly after, but the whole evening left me thinking. It was interesting that it was the artist, the guest of honour, the person around whom the whole event revolved, who had taken time to talk to me, and to try and make me feel less alone and more welcome. 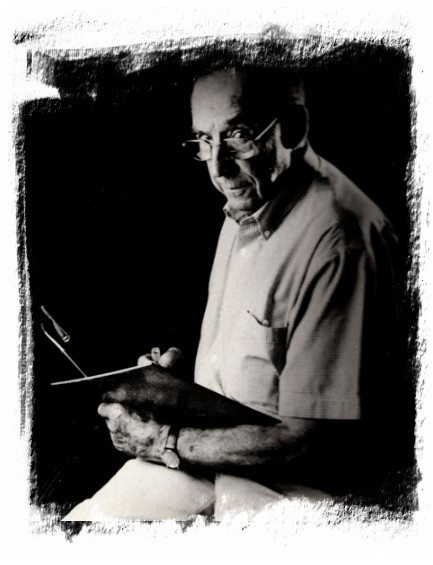 He had asked me for my opinion in a way which was friendly and open and honest, and he was a lovely person. He knew I couldn’t afford any of the pictures, but he didn’t care. It was enough that I had bothered to go. He, and the bartender, were the only people who had taken the time and the consideration to notice that I was alone and a bit out of place, and to try and make me feel that I fitted in.

I wish that I could say the same for everyone else there, but, unfortunately, I can’t. I think this illustrates perfectly that regardless of all airs and graces and outward shows of refinement, it’s the person’s true heart and character that matters, not whether they wear the most modern or “cool” clothes, or have the most “hip” career, or are the centre of attention or not.