I was reminded yesterday that I have been pretty lax in posting on this blog, though more from lack of motivation than from an absence of interesting occurrences. So, with this in mind, I decided to write an update. And not just any update. No. An update about a positive subject (Fear not, I doubt this will become a regular theme!).

Disclaimer- in some respects, I feel ashamed to admit that I have favourite students. It doesn’t seem fair or just. But this being said, I think it’s inevitable that just as I prefer certain adults to certain other adults (this is, after all, the difference between friends, acquaintances, and enemies), it’s probably not a surprise that I prefer certain kids over others.

But, let me just say, whilst I might like some students more, when grading papers or giving marks or asking questions in class, I am scrupulously fair.

OK, with these caveats in place, I am going to write about my first favourite student, who I’ll call Matías.

Matías was in the (somewhat infamous) Grade 5 class (which also contained José Luis). I didn’t notice him at first, as he wasn’t particularly remarkable. He came to class every day. He wasn’t the best student. He wasn’t the worst. He was smart, certainly. But he wasn’t noticeable. He was just kind of, well, there…

But, about four months into my stint at the school, he approached me, and asked for my autograph. I thought this was a bit odd, and the class teacher recommended that I write something fake, lest Matías be up to something devious. So I wrote a dreadful false signature,  inscribed “To my favourite student, Mateo!”

It was THAT bad. I didn’t even know his name!

But after this incident, I began to pay more attention to my “fan.” And I realised that Matías was actually a lovely kid. So I guess it’s no surprise that within a few weeks, he had become my firm favourite.

And he still is.

What I like about Matías is that he doesn’t worry about what others think of him. For instance, after the autograph incident, the class were doing a project on beans. They had four different types of beans- lima, black, green, and chickpeas- on pieces of cotton wool, and the idea was to guess which would sprout the fastest.

Let’s just say, the level of interest in the class was pretty low.

Every day, he would come to the teacher’s table, and see if he could water the beans. I’d ask him which was growing the fastest, and when there was a sprout, I inquired if he knew why one was growing more rapidly than another. Talking to Matías, I realised that, crazy as it may sound, he was seriously, genuinely interested in the beans. And when it was the school holidays, and someone had to take the beans home, I knew EXACTLY who to nominate…

But when Matías returned from the holidays, I was a bit shocked, because he had: 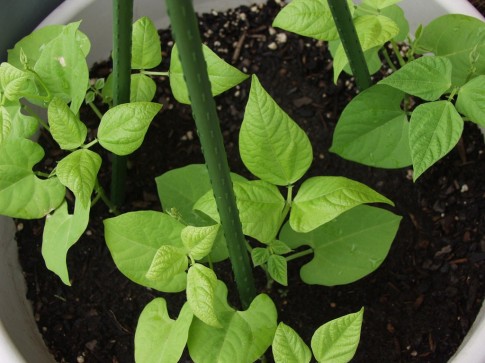 I probably sound pathetic, because I can’t express myself adequately. But what I like about Matías is that he’s a total individual. He liked the beans, and that was all that mattered. If someone made fun of him, he didn’t listen, because he was too cool for that. And I don’t mean too cool in a “Wow, guys, I’m just WAY above this!” sort of way, or in terms of an attitude. He didn’t have an attitude.

It was just that he was interested in the beans, and if someone else couldn’t understand that, well, that was their problem, not his.

And I wish I had been like that when I was 10 years old.

One of my biggest worries is that as he grows older, Matías will succumb to peer pressure, and lose his appreciation of oddness.

But I am determined to do my best to ensure that he NEVER feels ashamed of his interests. If, after two years at the school, Matías is still the individual that he is now, all my time will have been worth it.

4 thoughts on “My favourite students- Part I”