Last week, I went to Lithuania. As I’ve detailed in my previous post, my reasons for visiting were primarily to uncover more about my paternal history. But, this being said, I would recommend Lithuania to any traveller for the following reasons:

Perhaps an unexpected entry at Number One. But, as I’ve previously detailed, the coffee in Spain leaves, well, how do I put it, “a lot to be desired”? In Lithuania, the coffee game is (to use a euphemism I loathe) on point. OK, so the flat whites are not really flat whites. But that is a small concession to make for a coffee which is palatable and tastes GOOD!

Compared to Madrid or Sydney, Vilnius, the capital of Lithuania, is positively quiet. And this is marvellous! The experience of going for a walk, without being shoved out of the way, was incredibly refreshing. And when I went to bed in my apartment at 8p.m., I was able to sleep the ENTIRE NIGHT without being disturbed. This was fantastic.

If, like me, you are a fan of potatoes in all forms, then Lithuania is for you! There were so many delicious potato dishes to try, from dumplings to potato bake. It was like a dream come true. And not only were the potato dishes delicious, they were also incredibly affordable. 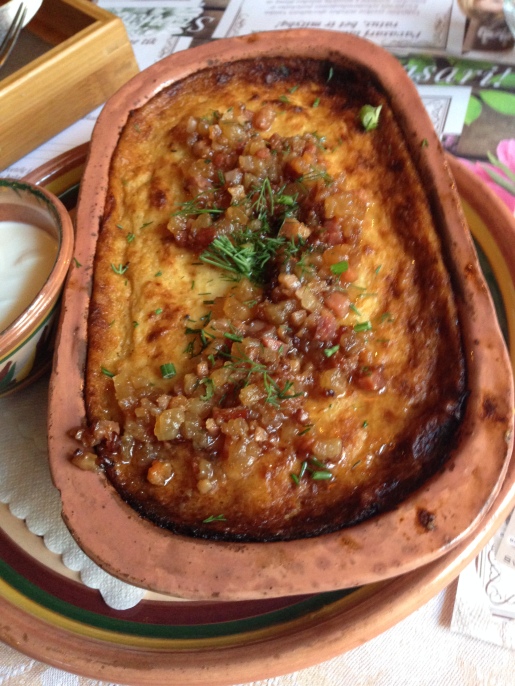 4. Not overrun by tourists

Sure, there were tourists in Lithuania. But the whole feeling was very different to Spain. For instance, last year, I went to Barcelona to see the Gaudi buildings. The whole place was FULL of tourists, climbing from one escalator to another. It made me feel incredibly depressed, as if the city was only a manufactured experience. But Lithuania didn’t feel like this. There was tourism, but it was more subtle. The city wasn’t a caricature of itself.

Although my father is Lithuanian, my knowledge of the language is minimal. However, in Lithuania, almost everyone speak English. I would certainly recommend learning a few words to improve your experience, but in total, Lithuanaia is a very welcoming place for English-speaking travellers.

Now THIS was a bit of a surprise- the internet in Lithuania is incredibly good. There’s free wi-fi almost everywhere, and the broadband speed is one of the fastest in Europe, if not the world. I find it interesting that a country which is not generally thought of as one of the leaders in technology is able to have such fantastic internet speeds and coverage, whereas in Australia, the NBN is still a national joke.

I’m not going to deny that I may be a little bit biased… 😉 But in total, I would recommend Lithuania to any tourist who is interested in history, and who wants to have a holiday which is fun, relaxed, and not too difficult!