One thing which has become clearly apparent to me over the last week (yes, I have been in Spain for 7 days now!) is how different it is trying to speak Spanish in the real world versus learning Spanish in class…

In class, the teacher spoke incredibly clearly and distinctly, repeating things where necessary, and making sure we had SOME idea what was going on before asking us to respond. (Gracias, Gabriel!)

Not so in the real world. Everyone seems to be speaking INCREDIBLY fast, and because I’m not fluent, I need lots of time to a) translate what they are saying, then b) formulate my response in English, and c) then say it in Spanish.

Let’s just say, the pace is leaving me for dead.

But not only is the pace too fast, I’ve also come to realise that I have a REALLY nasty habit of smiling and nodding and saying “si, si, yo entiendo” (yes, yes, I understand), even when I most certainly do not entiendo.

Today’s example. I went to the Town Hall in Valdebernardo to try and register as a Madrid inhabitant, which I need for my identity card (hello, bureaucracy). First, I approached the secretary’s counter. She said something that I couldn’t understand, but waved her hand towards the other side of the room, which I took to mean “You go over there.” So off I went.

Then I explained my purpose, in carefully rehearsed Spanish, to the man behind the counter. He responded with a barrage of words, gesticulating wildly, as I furiously nodded, and “si”-ed away. From what I could gather, he told me that he couldn’t register my document as I don’t live in Valdebernardo. Instead, I have to go to the office closest to my residence, but there is a one month wait for appointments. At least I THINK that’s what he said. I heard “No”, “not here”, “where you live”, “wait a month”, and inferred the rest.

I don’t know why (Social expectations? Shyness? Being totally overwhelmed? A mixture of all?) I never say “I don’t understand.” I just play along with it, and the less  I understand, the more crazy my gestures and “si”s become.

I really need to summon the courage to say “Look, I didn’t get that. Could you repeat it?”, or else I may soon find myself nodding furiously and agreeing that yes, I am a complete idiot, and yes, I should take the first plane back to Australia and never set foot in Spain again… 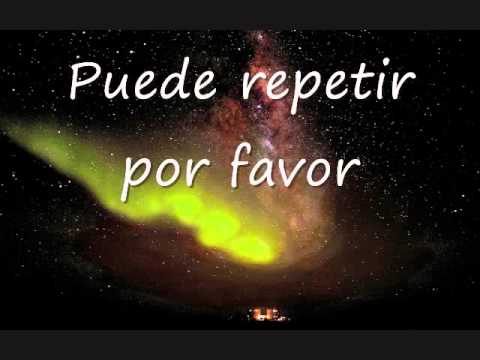 4 thoughts on “I don’t understand…”